2013 131 min 46 views
Hobbs has Dominic and Brian reassemble their crew to take down a team of mercenaries: Dominic unexpectedly gets convoluted also facing his presumed deceased girlfriend, Letty.
ActionCrimeThriller 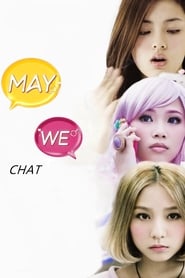 2013 98 min 52 views
Three troubled young girls will do anything to escape their stifling lives - even if it means turning to drugs and prostitution. Set in the generation of smartphones and web 2.0, the technology may have made communication easier than ever, but cautionary tales of misunderstood youths remain as relevant as they were two decades ago.
DramaThriller

2013 122 min 92 views
A case of the flu quickly morphs into a pandemic. As the death toll mounts and the living panic, the government plans extreme measures to contain it.
ActionDrama

IMDb: 6.7 2013 140 min 460 views
An operation against the notorious druglord in Thailand changed the destiny of a HK narcotic team- the workaholic captain lost his men and bright career; the loyal officer was abandoned and went missing; the undercover cop who was salvaged chose to walk away from the past. Several years later, a drug dealing-related crime brought them together for a final face-off. 从小一起长大的好兄弟马昊天（刘青云 ...
动作戏剧犯罪神秘

IMDb: 4.7 2013 6 min 455 views
A menacing porcelain doll comes to life at night to terrorize a young girl, in need of her human body as a gateway to live again.
恐怖

IMDb: 5.3 2013 98 min 756 views
Chinese Feng Shui master Carson was a "Natural Born Player", taking names and breaking hearts. Fate had it that he would meet his match, the hot veterinarian Chi-Ling. It was love at first sight but neither could stand the other's fickle nature lest the affair might have ended as soon as it began. Chi-Ling's roommates, Big S and Small S ...
喜剧 IMDb: 5.7 2013 97 min 593 views
After the passing of her mother, a young woman in a wheelchair since birth, is forced to deal with her sister, brother-in-law, niece and their nanny as they say their goodbyes to mother. When people start turning up dead, Nica discovers the culprit might be a strange doll she received a few days earlier. 行动不便的妮卡（菲安娜·多里夫 Fiona Dourif 饰）和母亲莎拉·皮尔斯（Chantal Quesnelle 饰）生活在一栋古旧的大房子里。某天，当母女收到一个奇怪的娃娃恰奇之后，莎拉于当夜意外死亡。在此之后，妮卡居心叵测的姐姐芭比（Danielle Bisutti ...
恐怖惊悚

2013 120 min 977 views
When the White House (Secret Service Code: "Olympus") is captured by a terrorist mastermind and the President is kidnapped, disgraced former Presidential guard Mike Banning finds himself trapped within the building. As the national security team scrambles to respond, they are forced to rely on Banning's inside knowledge to help retake the White House, save the President and avert an ...
ActionThriller

2013 96 min 838 views
A recently slain cop joins a team of undead police officers working for the Rest in Peace Department and tries to find the man who murdered him. Based on the comic by Peter M. Lenkov. 青年警官尼克·克鲁兹（瑞安·雷诺兹 Ryan Reynolds 饰）思索再三，不愿和搭档巴比·海耶斯（凯文·贝肯 Kevin Bacon 饰）私吞毒贩的赃物黄金，结果在一次行动中被对方趁乱杀害。死后的尼克来到另一个世界，并受雇于冥界警局（R.I.P.D），其主要任务就是 追捕那些不愿接受死后审判而依靠伪装盘桓人间的死鬼。他的搭档是死于19世纪末的老头罗伊·鲍威尔（杰夫·布里吉斯 Jeff Bridges 饰）。罗伊作风粗犷，特立独行，这两个性格与风格上有着巨大差异的搭档跌跌撞撞展开行动。尼克在行动中发现死鬼们和海耶斯有着千丝万缕的关系，而在种种谜团背后隐藏着攸关世界命运的大阴谋。 时间紧迫，尼克和罗伊必须尽最大可能阻止那个通天阴谋……
动作喜剧幻想犯罪

IMDb: 5.9 2013 117 min 806 views
The Sequel to The Four, based on the best-selling novel by Woon Swee Oan. The four constables, Emotionless (Crystal Liu Yifei), Iron Hands (Collin Chou), Life Snatcher (Ronald Cheng) and ColdBlood (Deng Chao), are specially skilled in their own individual super powers. When the four constables of the Divine Constabulary investigate a murder in the suburbs, they unexpectedly stumble on ...
动作
Page 1 of 512345